The sixth annual Russian Documentary Film Festival in New York is proud to present a varied program of new documentaries – all winners of Russian and international film festivals in the 2012/2013 season. They are films by directors from Russia and Russian Diaspora in America.

Over the three days of the Festival, twenty-four documentaries will have their American premieres. The Festival films are delving into Russia’s history and its contemporary society, showing ethnic minorities, Paralympics, orphanages, famous artists and composers. We present a special program “Young directors about young Russians”.

Roundtables will be held throughout the Festival, with filmmakers from Russia and the Russian Diaspora. Selected films in the program will be introduced by their directors and producers, who will then be available for Q&A.

Some of the films featured in the Festival are:

Born in the USSR. 28 Up
Director – Sergei Miroshnichenko.
Screening with introduction by filmmakers
This documentary is the fourth part of the series “Born in the USSR” (Russia & Great Britain Production). The director’s ambition is to show the human being from the beginning to the end. S. Miroshnichenko received an Emmy Award for the second film of this series in 1998.

Book of Tundra. The Tale of Vukvukay – Little Stone
Director – A. Vachrushev.
Strong, wise Vukvukay is a man of the Tundra. His life could not exist without the reindeer. Vukvukay has lived in the Chukotka tundra for 72 years. He believes that his land will be saved while he continues to keep the traditions of his people. Alexey Vachrushev, Chukotka born director, creates a unique wonderful world of the Russian North.

Odd Winded Angel
Director – I. Bessarabova
Pavel Tchelitchew’s destiny was full of mystery and drama. This world-renowned artist was a founder of mystical surrealism. The documentary shows Tchelitchew’s paintings, drawings; presents interviews with the most influential critics of Tchelitchew’s art.

Art at Your Fingertips
Director – A. Pogrebnoy
This documentary is devoted to Alexander Petrov, 2010 Oscar winner, 2007 Oscar nominee, laureate of numerous international awards and prizes. After his long journey he came back to Yaroslavl, the town where he was born. He creates his drawings and his famous cartoons with fingertips. “I draw as I breathe” – says Petrov about his artistic style.

– And other documentaries – all American premieres.
The Sixth Annual Russian Documentary Film festival in New York is organized by The New Review, Inc. 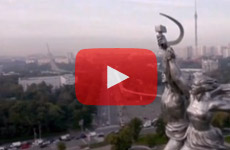 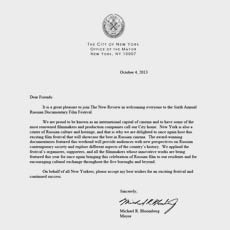 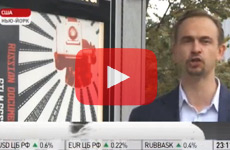 Photos from the Opening Ceremony