Disclaimer:
All donations to the Eighth Russian Documentary Film Festival are tax-deductible under Federal law of the United States. Our parent company, “New Review”, is a non-profit organization with a 501© (3) status.

Patron – $10,000 and up
– 1/2 of a page in the Festival catalog;
– Logo placed on the Festival’s website;
– Advertising banner of the company placed in the lobby of Tribeca Cinemas;
– Separate desk in the lobby for promotional materials and distribution of merchandise;
– Trailer played on a projector in the theater’s lobby;
– Mentioning in the informational and advertising materials;
– Four tickets to the Opening ceremony and to all the screenings and meetings of the festival;
– Four tickets to the Closing reception;
– If a sponsor wishes, a special prize in sponsor’s name could be awarded and given to one of the participating films

Director sponsorship:
As one of our goals is to improve the Russian-American cultural exchange, we feel that it is imperative to bring the creators of the films we show to New York to present their works. Being that the average budget for a full-length documentary film in Russia is less than the lowest annual minimum wage in the US, most of our directors are unable to afford the trip to NY. We welcome any sponsorship of a particular director whose works may be of interest to you, in part or in full. For director sponsorship, please contact our Festival Director, Ksenia Adamovitch at newreview@msn.com. 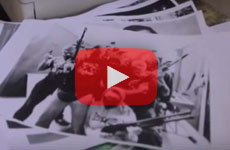 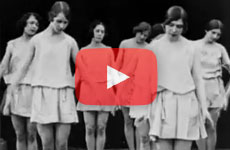